Kandinsky and the Return to Russia

Kandinsky and the Return to Russia

The moment of transition between The Blue Rider and the Bauhaus, are the years when Kandinsky returned to his loved Moscow, as from 1914, the beginning of the World War I until 1921.

In that period he dedicated more to divulge his ideas and to education than to create works of plastic art. He also worked in the cultural policy of his country, until other authorities wanted to put art at the service of the revolution and as he did not agree, went to Germany again to teach at the Bauhaus of Weimar.

His work in that time, even if not very abundant, reflects perfectly his ideas about abstract art which he had been developing since an earlier stage. He told Gabrielle Münter in a letter of 1916 (probably he was referring to the painting Moscow, Red Square I): “You know that I dreamt of painting a big picture expressing joy, the happiness of life and the universe. Suddenly I feel the harmony of colors and forms that come from this world of joy.”

Kandinsky and the Biomorphic Abstraction (The Period of Paris).

The Suprematists Compositions of Malévich.

Macke and the Color Stains. 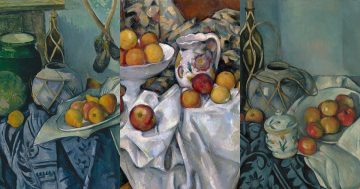 Paul Cézanne and his Revolutionary Still Lifes Six Paintings. One concept We could make this publication thanks to small donations. How is 3 minutos de arte supported?   Paul Cézanne is considered to be the Read more… 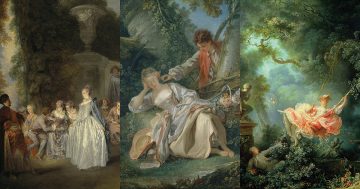 Aristocratic Style: Rococo Six Paintings. One Concept We could make this publication thanks to small donations. How is 3 minutos de arte supported?   Rococo was popular in France for much of the 18th century, Read more… 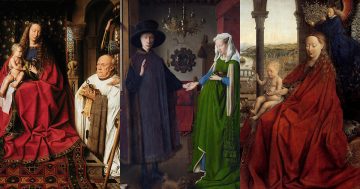 Van Eyck and the Rediscovery of Oil

Van Eyck and the Rediscovery of Oil Six Paintings. One Concept We could make this publication thanks to small donations. How is 3 minutos de arte supported?   Van Eyck is not the inventor of Read more…