In the Mind of Great Artists

Il Divino (the Divine one), as he was known, said with certain irony that if someone contemplated the process each work entailed would not speak of “genius.”

Michelangelo, perfectionist, peak of the Renaissance, is among the greatest painters of all times although he ironically said he did not consider himself a painter.

He was a sculptor, that is true, and when he painted, many times did it unwillingly, because he needed money or was threatened to death because he owed money to the Pope. Nevertheless, his skill evidences what an amazing painter he was, and to show it he put the human figures in very complicated positions, torsions and points of view that make it difficult to represent the depth (serpentine figures and amazing foreshortenings).

We may infer that his unparalleled ability to depict the human body, work with volumes and those complicated postures, was a result of his knowledge of sculpture. In fact, the Adam we are looking at is a kind of “big sculpture.” And it is so well achieved that it perfectly conveys the Neoplatonic idea that the beauty of the human body has a divine character.

When we contemplate the Sistine Chapel or any of Michelangelo’s works, we have no doubt that he is a genius. But, following his line of thought, perhaps his greatest skill is his patience.

It took him 4 years —working at height and lying on his back— to finish the vault of the Chapel. (The scene of The Creation of Adam took him about 16 days.) A titanic task to complete a project that seemed delirious, a task only for a Michelangelo, someone who said that: “The greatest danger for most of us is not that our aim is too high, and we miss it, but that it is too low and we reach it.”

Image: The Creation of Adam (fresco painting in the Sistine Chapel), ca. 1511

Fra Angelico and the Early Renaissance.

The Stanze of Raphael and the High Renaissance.

Ingres: “Calmness is the main beauty of the body” 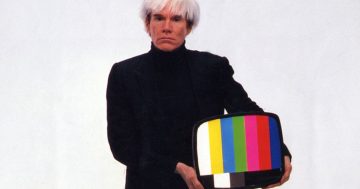 Andy Warhol: “In the future, everyone will be world-famous for 15 minutes”

Andy Warhol In the Mind of Great Artists We could make this publication thanks to small donations. How is 3 minutos de arte supported?   “In the future, everyone will be world-famous for 15 minutes.” Andy Warhol   Read more…

Diego Velázquez: “I would rather be the first painter of common things, than second in higher art”

Diego Velázquez In the Mind of Great Artists We could make this publication thanks to small donations. How is 3 minutos de arte supported?   “I would rather be the first painter of common things, than Read more…